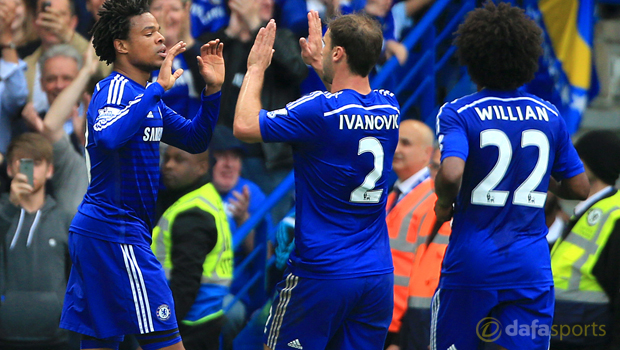 Branislav Ivanovic admits Chelsea need to start picking up points over the busy winter period in order to get their season back on track.

The Blues comfortably won the Premier League last season, but their title defence looks to be over after just 12 matches of the current campaign.

Jose Mourinho’s men have already lost seven times this term and the club are just three points above the relegation zone in 16th position.

Three consecutive defeats to West Ham United, Liverpool and Stoke City have left huge question marks over the future of the Portuguese manager and another loss could spell the end for the former Porto boss.

Spain internationals Cesc Fabregas and Diego Costa have come in for huge criticism this season and the duo are way below the level that helped the club lift the Premier League trophy.

Ivanovic has also been on the receiving end of some poor reviews but the Serbian, who is back from injury, is hoping the team can turn things around in the next few weeks.

“The games that are coming up may be some of the most important for us in the season, in terms of psychology. We have to show we are back,” he said. “The only way to get out of this situation is to win, win and win again.”

Chelsea take on Norwich City at Stamford Bridge on Saturday and the hosts are favourites at 1.40 to secure three points, the draw is a 4.75 shot, while the visitors, who pushed Manchester City close in a 2-1 loss, are big outsiders at 8.00.

The Blues are undefeated in their last 11 games in all competitions against the Canaries, but the last meeting between the pair was a 0-0 draw in May 2014.