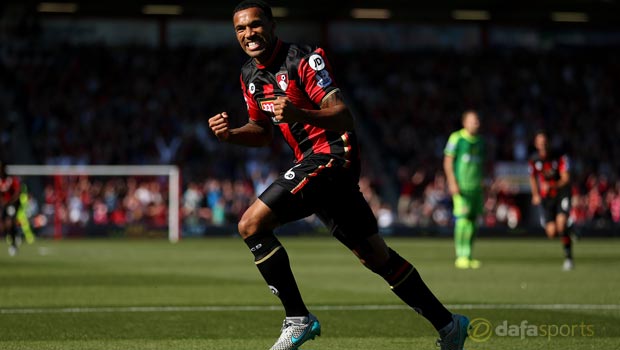 The Cherries forward grabbed his fifth goal in six games to open the scoring in Bournemouth’s 2-0 win over Sunderland on Sunday.

“He has all the attributes that a modern-day striker needs,” Howe told the BBC.

“He is very quick – he did really well today for the first goal to show strength and the ability to roll the defender in a tight situation and it was a great finish – and he is full of confidence.

“I think it is great that we are playing at this level and our players are being appreciated and talked about, and I’d like nothing more than to see Callum go on and make England appearances.

“I think his potential is limitless – he is strong, quick and a good finisher. He is developing all aspects of his game all the time.”

Bournemouth’s victory was their first win on home soil in the Premier League and they are now 12th in the table, four points clear of Stoke in 18th place.

Howe was delighted to secure the victory and he feels home form will be crucial to his side’s chances of avoiding the drop.

He added: “I think today was a really important day for us.

“Our home form, every season, is hugely important. You need to be confident and home and deliver good performances in front of your own crowd and get points, and today goes a long way to giving the players a boost.”

Bournemouth are 4.00 to be relegated and 2.70 to beat Stoke in their next Premier League fixture on Saturday.