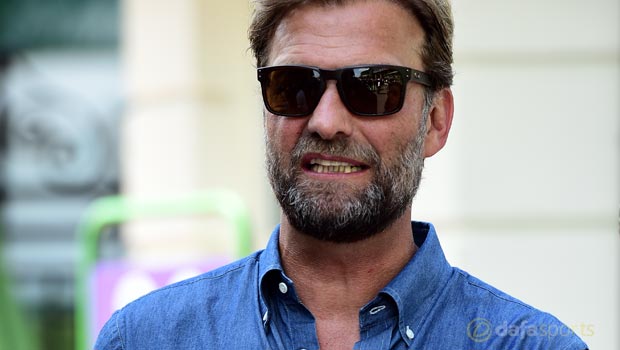 Borussia Dortmund chief executive Hans-Joachim Watzke says Jurgen Klopp is the ideal manager for Liverpool, given the similarities between the two clubs.

Klopp quit the Bundesliga club at the end of last season after leading them to two German titles and a Champions League final in his seven years in charge.

The 48-year-old is in talks with Liverpool to succeed Brendan Rodgers after the Anfield hierarchy called time on the former Swansea manager’s reign on Sunday.

Watzke says Klopp would be the perfect fit for Liverpool – if they can get him to Merseyside.

“He is a very good coach because he has a good mentality for it,” he said. “He has a good style of playing football and I don’t know if he goes to Liverpool or to another club, but the club who gets him gets a very good manager.

“He can do every job, he can make every club and Liverpool is very similar to Borussia Dortmund – it has the same structure and the same fans. It is a marvellous club.”

Following his departure, Rodgers has insisted he feels Liverpool are on the verge of real progress, with the likes of Philippe Coutinho, Daniel Sturridge, Danny Ings and Jordon Ibe on the books.

Watzke has told Liverpool that Klopp would improve the fortunes of each and every player at Anfield and create a positive atmosphere throughout the club.

“Every player he has in his hands, he makes them better, you can be sure. It is wonderful to work with him because he has a big understanding of the problems of the club,” Watzke added. “He brings a warm feeling to the whole club.”

Liverpool, who are 3.25 to finish in the top four in the Premier League this season, expect to have their new manager in charge for the next game at Tottenham on October 17, with the Reds 3.00 to win.