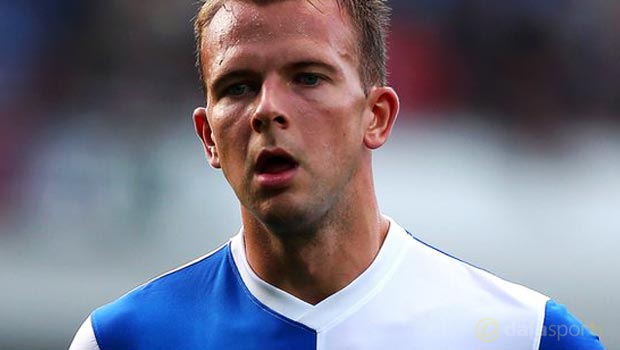 Ewood Park boss Gary Bowyer confirmed that the Riverside club had made an official approach, believed to be worth £12m, for the Scottish international.

However, the Rovers powerbrokers have refused Middlesbrough permission to talk to the 25-year-old.

“Yes, Middlesbrough have been in touch. I think they’ve put some figures to our owners,” Bowyer told the BBC.

“Fortunately for myself and the rest of the lads, and of course our supporters, that bid has been rejected.”

With Rovers still under a transfer embargo, Bowyer is desperate to keep the striker at the club and he believes Rhodes has shown in the past that speculation over his future will not stop him from doing his job.

“He’s been the subject of speculation in the whole two years I’ve been in charge and he’s always dealt with it very well,” Bowyer added.

“He doesn’t get affected by it and continues to do his job ever so well.”

Rhodes however was aware of interest from Teeside at the end of July and he made it clear his desire to play at the highest level meant he felt somewhat aggrieved that Blackburn had not given consideration to the offer.

“Having seen Middlesbrough’s performances last season in reaching the play-off final and their ambition this summer in terms of acquisitions, I would have liked to have been able to talk to them and I am unhappy at not being given that opportunity.” he said.

Rhodes scored 21 times for Blackburn last season as they finished 9th in the Championship.

Blackburn began the new season with a home tie against Wolves, with Bowyer’s side 6/4 to begin with a win, Wolves are 15/8 while the draw is 11/5.