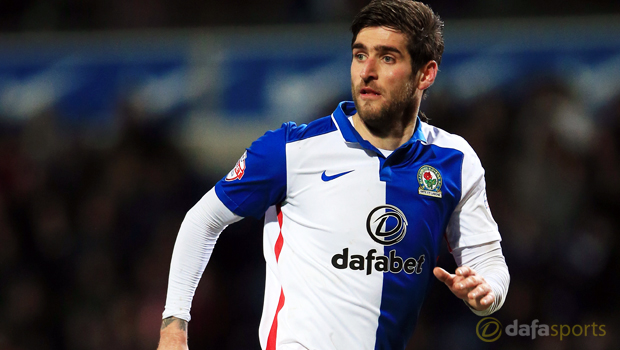 Blackburn Rovers new signing Danny Graham is hoping to start fresh at Ewood Park after admitting his time with Sunderland was “very difficult”.

Graham ended his three-year stay with the Black Cats permanently this summer after agreeing to join Owen Coyle for his project with Blackburn.

The striker struggled for game-time at the Stadium of Light under a succession of managers and made just 37 appearances over three years.

The 30-year-old spent the second half of last term on-loan with Rovers and netted seven times in 18 appearances to earn a full-time deal.

New boss Coyle is looking to bolster his options as the Lancashire outfit bid to try and climb out of the Championship and Graham admitted the offer of regular football was enough to convince him.

Graham said: “Obviously, the success I had at the end of last season was a massive part of it.

“The gaffer has been on the phone five or six days in a row now to show how much he really wants me at this football club and what plans he’s got for the club taking it forward, so I’m looking forward to working with him and getting back to see the lads and getting pre-season going.

“My loan spell here was everything I wanted.

I’ve had a stop-start last three seasons, where I’ve never really played a full season and to come here, the gaffer said I’m going to play week-in and week-out if I’m fit and doing well, so the success I had at the back end of last season played a massive part and I can’t wait to get going now.”

The former Swansea man admitted he is glad to move on from what was a difficult period at Sunderland and is thankful for the support he’s received since moving.

He added: “Obviously my time at Sunderland was very difficult and to come here and do well and the fans wanted me to come back played a massive part as well.

“It’s a big football club, the gaffer has big plans for it and I’m just looking forward to getting the work done now.

“So it’s nice to feel wanted, but most importantly I wanted to be here as well, so I’m delighted to get it done.”