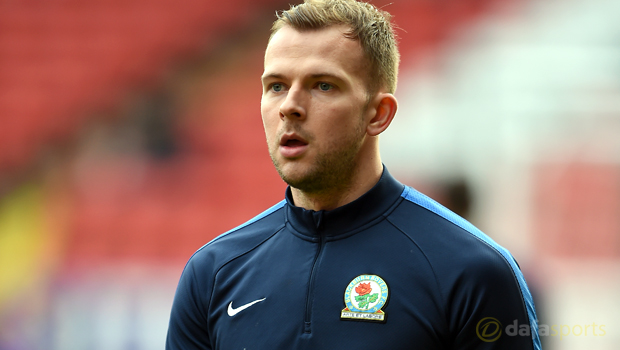 Blackburn boss Paul Lambert expects Jordan Rhodes to leave the club before the end of the transfer window, with the forward currently holding talks with Middlesbrough.

The Scotland international was a notable absentee as Rovers booked their place in the FA Cup fifth round with a comfortable 3-0 victory over League Two side Oxford on Saturday.

A brace from Ben Marshall and a goal from new signing Tony Watt was enough to seal the Lancashire outfit’s passage into the next round, but afterwards all the talk was about the imminent departure of Rhodes.

Lambert confirmed that Rovers have accepted a bid from Middlesbrough for the 25-year-old and he is now hoping to use the money to bolster his squad going forward.

He said: “Jordan has been excellent for Blackburn, but the money is too good to turn down. The investment will help, the club has got to rebuild. We need a stronger team to be able to get out of this league.”

Rhodes has scored 85 goals in 169 appearances for the Blue and Whites since arriving at Ewood Park from Huddersfield in 2012 and he had been linked with a move away from the club as early as last summer.

Indeed, Middlesbrough reportedly had a bid rejected for the striker six months ago and Lambert believes in hindsight the club should have accepted that original offer.

He added: “To be honest I thought the club should have taken the offer the summer before.”

Rhodes could make his Boro debut against Blackburn when the two sides go head-to-head at the Riverside Stadium on February 6.

Lambert’s side are currently 18th in the league standings, after failing to win any of their last seven league games, and they are on offer at 26.00 to be relegated come the end of the campaign.