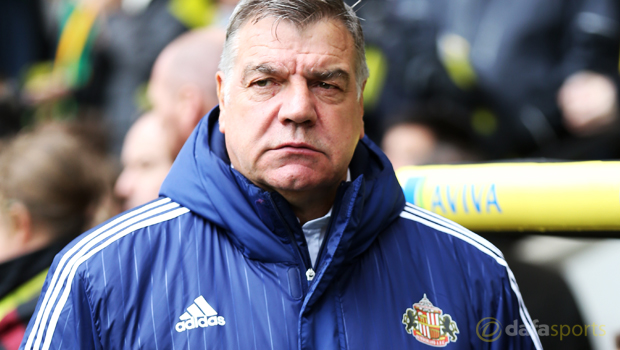 Sam Allardyce has challenged his Sunderland side to capitalise on their win over Norwich when they host Arsenal at the weekend.

The Black Cats, who are 1.73 to be relegated, claimed a potentially vital three points at Carrow Road, as they humbled their relegation rivals 3-0 thanks to goals from Fabio Borini, Jermain Defoe and Duncan Watmore.

Despite the Canaries result, Sunderland remain in the bottom three although their triumph in Norfolk will undoubtedly have given them confidence, as they try to add another great escape to their portfolio.

Sunday sees them host Arsenal, a team who appear to have lost momentum in recent weeks having fallen out of the title race.

However, the Gunners remain the 1.73 favourites to gain a result on Wearside, while the draw is priced at 3.60 and Sunderland are the 4.50 outsiders.

Allardyce is keen to ensure his team does not let their win at Norwich go to waste, and says the time has come in the season where they need to pick up points from all of their games.

“My fear on Saturday was would we be able to handle the pressure,” Allardyce told the club’s official website. “We put enormous pressure on ourselves by not winning the games we should have done, but we handled that pressure superbly and won 3-0.

“Hopefully now the pressure will be released a little bit for when we come to play Arsenal, and we will give them one hell of game.”

He added: “It’s going to be a tough one as we know, but we need to try and take some points from it and move forward.”