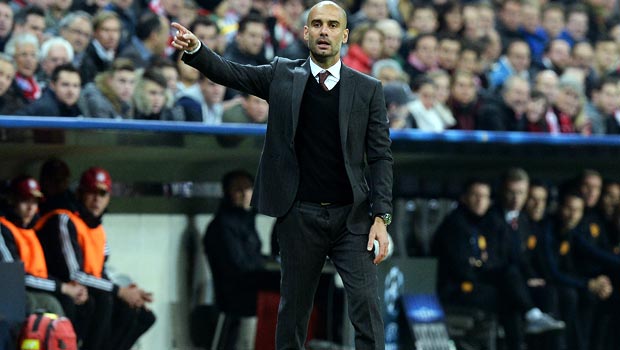 Bayern Munich boss Pep Guardiola has been quick to play down any significance in his Bundesliga-winning side suffering back-to-back defeats, but concedes that his rotation policy could have been a factor.

Bayern have been a dominant force for a while now and remain on course to make it successive treble campaigns after securing the Bundesliga title in record-breaking fashion, while progressing to the semi-finals of both the Champions League and DFB-Pokal.

Having wrapped up the title, Guardiola’s men saw a 53-game unbeaten streak come to an end in surprising fashion at Augsburg last week and followed it up with a 3-0 home defeat at the hands of Borussia Dortmund.

There are extenuating circumstances for those recent results as Bayern secured their European passage with a 3-1 win over Manchester United, while the players look forward to their DFB-Pokal clash on Wednesday.

“I think the problem is we’ve already won the Bundesliga and we’ve just dropped off,” he told Sky Sport.

“It happened to me in Barcelona too that, after we had clinched the league title, we really struggled to raise our game again.

“The aim as coach now is to build the team up again. Maybe I made a mistake.

“Maybe it was a mistake not just to carry on as we were, but I don’t want to make rotation out to be an excuse.”

Bayern remain strong favourites at 1.38 to win the DFB-Pokal as they face second-tier opposition in the last four, while Borussia Dortmund are next best at 3.05 and face Wolfsburg, priced at 16.00, in the other semi.

However, it is perhaps on the European stage where the recent setbacks might have an effect on the betting, with Real Madrid favourites at 2.38 to secure a first-leg advantage on April 23, although Bayern are expected at 1.58 to progress to the final.