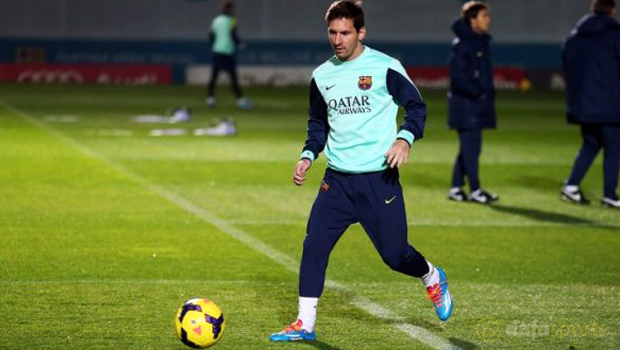 Messi has been missing since the end of September with a knee injury and reports in the Spanish press last week all but ruled the Argentine star out of the big clash with Real Madrid at the Bernabeu on November 21.

“I hope he can play as his recovery is within the timeframe we had set ourselves,” Bartomeu is quoted as saying by Sky Sports.

“I hope all of our players get through their trips with their national teams without injury and with great strength. We will then give our all to beat our rivals.”

Barcelona have impressed in Messi’s absence as Luis Suarez and Neymar have stepped up to fill the void.

Between them the two forwards have scored all 17 of Barca’s goals since Messi’s injury to help propel the Catalan giants into a three-point lead over Los Blancos at the top of the La Liga table.

Boss Luis Enrique hopes Messi is available for the showdown in Madrid later this month, but he remains more cautious than the club president.

He said: “[Messi] is neither ruled out nor certain to play.

“He is still in the recovery process. It is going well. There are two weeks left. We will get Messi back, but either before or after that game.

“The only thing we are concerned about, since Leo was injured, was for him to recover well. We are infinitely stronger with Messi.”