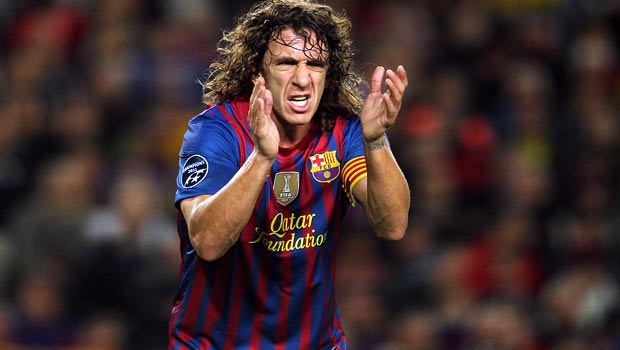 Carles Puyol has backed under-pressure Barcelona coach Gerardo Martino on the eve of the Copa del Rey final against Real Madrid by insisting the players would “die for him”.

The experienced 36-year-old Spanish defender has hit out at the critics of Martino who claim he has lost the dressing room at Camp Nou after a disastrous week on the pitch for the Catalan giants.

Barca’s Champions League hopes were ended by a quarter-final second leg against Spanish rivals Atletico Madrid before their La Liga title hopes were dented by a shock 1-0 defeat at Granada on Saturday.

It leaves the reigning champions four points behind leaders Atletico with five games remaining, while Real Madrid took advantage of their slip and jumped ahead of them into second spot.

However, the Barcelona players have an opportunity to take the heat off Martino with a big win on Wednesday night when they face ‘El Clasico‘ rivals Real Madrid in the final of the Copa del Rey. And Puyol is adamant that they will be going all out to win the trophy for the Argentinian tactician.

“It is easier to criticise the manager than 25 players,” said Puyol. “But if things go wrong it is everyone’s fault.

“I wish him the best. He’s a great coach and has another year of his contract. We’d die for him and him for us.”

He added: “It is tough being out of the Champions League and the next game is tough, but we have a final against a great rival and I would like to tell the fans that we will give our all and that we must stick together, and everything will be easier.

“We’ve messed up a few things and we are our own worst critics. Now we will fight to win the final and the last five games. We haven’t given up on the league.

“We haven’t had consistency, although we were expected to win in Granada. Now we have to look forwards and give our fans something to celebrate.”