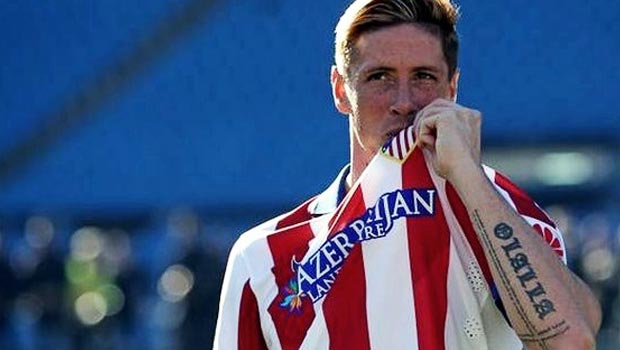 Atletico Madrid striker Fernando Torres says his side are desperate to put last season’s Champions league final defeat behind them by claiming the trophy this season.

Torres rejoined Atleti in January after struggling at Chelsea and AC Milan and the Spanish striker has impressed since his return to the Vicente Calderon.

Los Rojiblancos were beaten by city rivals Real Madrid in last season’s Champions League final and Torres is eager to play his part in banishing those memories ahead of their last-16 first-leg trip to Bayer Leverkusen on Wednesday.

Atletico led 1-0 until a late Sergio Ramos equaliser, before Real ran out 4-1 winners in extra time.

Torres was not a member of the side beaten in the final by Real as he was at Chelsea but he says the players who were involved in that loss will be eager to make amends this season.

He told Marca: “To lose a final is very hard, to lose a Champions League final maybe more, and the way it was lost even harder.

“There could not be a worse experience. They are the ones who know how much it took to get there, the effort they made and how close they were, so the motivation has to be even bigger this year.

“They want to remove that thorn from their foot, and the only way to do that is to get back there again.”

He added: “Mandzukic and Griezmann are in excellent form and we need to take advantage of it.

“Simeone? The way he speaks makes you believe in what he’s saying.”

Atletico are 2.47 to beat Bayer on Wednesday and 8.00 to win the Champions League outright.