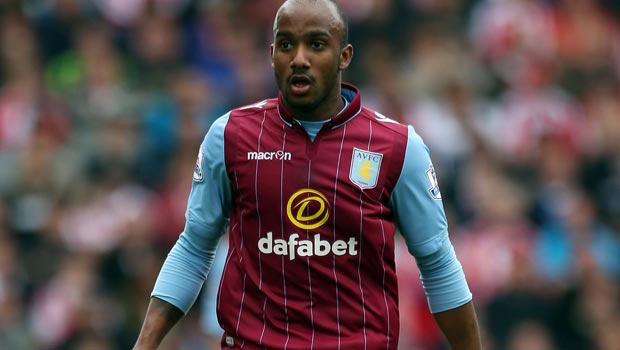 Paul Lambert will not put a timescale on a return to fitness for Fabian Delph amid increased speculation over a move away from Aston Villa for the player in January.

Delph is currently out of action after dislocating his shoulder in training and the Villa boss hopes to have the England international back at his disposal in the new year.

Lambert insists he will not rush Delph back despite Villa sitting just above the Premier League relegation zone.

The Villa boss said: “He (Delph) can’t have contact because of the shoulder so he’s doing gym work and working with the physios.

“I can’t put a time frame on his return but Fabian will know himself and be ready. He will be itching to get back in.

“There is no chance he will be out until February or March.”

Meanwhile, Delph’s long-term future at Villa Park looks increasingly uncertain as he is out of contract in the summer and has indicated he has no plans to sign fresh terms.

That could force Villa to offload the 24-year-old in January rather than lose him for free next year, and Lambert admits he is unsure how the situation will play out, with Arsenal, Tottenham, Liverpool and Everton all said to be interested.

Lambert said: “Am I resigned to losing him? No, the main concern is getting him fit.

“You’re never sure what happens, you can never predict what will be said in meetings. The main thing is to get him back fit and Fabian will say the same thing.”

Villa are eight matches without victory and are 3.44 to win at Burnley and end their dismal run of form.