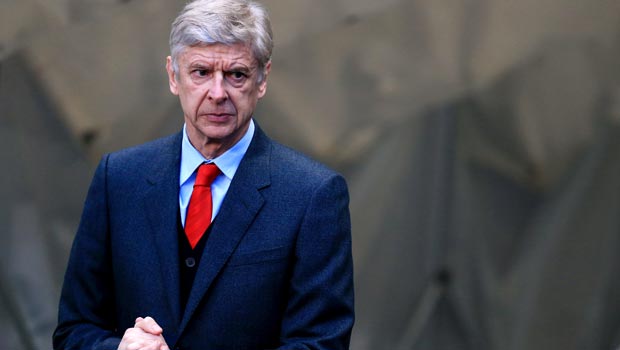 Arsene Wenger says Arsenal’s goal for the season is to finish in the top four in the Premier League and win the FA Cup again.

The Gunners are currently fifth in the Premier League table, one point adrift of fourth-placed Southampton, and face Middlesbrough in an FA Cup fifth-round tie on Sunday.

They also take on Monaco in a Champions League last-16 clash later this month, but know they face a battle with a number of teams around them if they are to be in the competition again next season.

Manchester United are pushing for a Champions League spot and currently reside in third while Southampton, Tottenham Hotspur and Liverpool are going strong in the league.

Winning the FA Cup would provide a route into the second-tier Europa League for next season but Wenger insists the top four is their target.

“Our basic is always to finish in the top four and then win a trophy on top of that,” said Wenger, who ended a nine-year trophy drought by guiding Arsenal to the FA Cup last season.

“We want always to be in the Champions League and this season it will be very difficult, because it’s very tight if you look at the table – every game now becomes a cup game” he added.

Wenger has won the FA Cup five times as Arsenal manager and is targetting another win this season.

He said: “Nobody has won it more in the last 18 years, so we have always taken the competition seriously.”

Arsenal are 1.45 to beat Middlesbrough at the Emirates Stadium, while the Championship visitors, who shocked Manchester City in the last round, are 6.77.