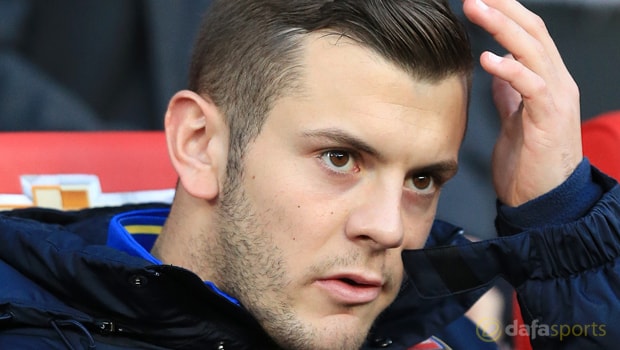 Arsenal boss Arsene Wenger admits he could have used Jack Wilshere in his side of late, but he insists he does not regret sending the midfielder out on loan.

The England international has been dogged by injuries over recent seasons and made only one Premier League start for the Gunners during the 2015-16 campaign.

The 25-year-old was subsequently sent out on a season-long loan to Bournemouth in August in order to gain regular first-team football and he has since flourished at the Vitality Stadium, featuring in 15 league matches for Eddie Howe’s side.

Wenger believes the temporary switch has been beneficial for Wilshere, although he concedes he could have done with the midfielder in his own squad due to the injuries suffered by Santi Cazorla and Francis Coquelin.

Asked if Wilshere could have been an asset to the Gunners, the Frenchman said: “Yes, I could use him now. But if he had not played until now, he would not be ready to play now.

What looks unfair is that at some moment in the season you know you could need the player.

“But even at the start of the season you need to have the right balance between competition and numbers and chances for the player to play.

“And still today I think it was the right decision for him to go to Bournemouth.”

Arsenal’s depleted squad will be hoping to avoid an upset when they take on Championship outfit Preston North End in the FA Cup third round on Saturday.

The Gunners will head to Deepdale on the back of Tuesday’s entertaining 3-3 draw with Bournemouth, a match they were losing 3-0 until the final 20 minutes of the contest.

The North Londoners are priced at 1.44 to return to winning ways against Preston, who are available at 7.50, while the draw is on offer at 4.75.