Arsenal boss Arsene Wenger will not rush Theo Walcott back 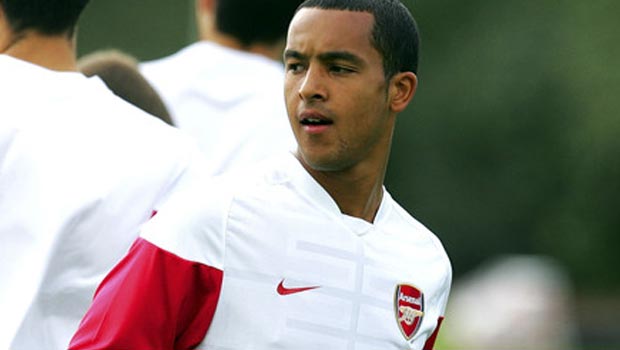 Theo Walcott will not be rushed back into action too soon by Arsenal boss Arsene Wenger, with the end of September pencilled in for a return to training following his knee injury.

The England international has been on the sidelines since January with cruciate knee ligament damage but is continuing to make good progress.

The Gunners missed Walcott’s pace, creativity and goals in the second half of last season, while he was also forced to sit out the World Cup in Brazil for the Three Lions.

Wenger says he is pleased with the forward’s rehabilitation but does not want to rush his return as he aims to prevent the former Southampton starlet suffering any unnecessary setbacks.

The Frenchman, who signed Danny Welbeck on transfer deadline day from Manchester United following the broken leg Olivier Giroud suffered last month, says he has plenty of other options in his squad without Walcott.

“He’s doing well, but we’ll respect the time,” he said. “We have plenty of players who can fill in that role and we will respect the delay.

“The timing with Theo is end of the month to join in again, after the break in full training.”

The likes of Alex Oxlade-Chamberlain, Mesut Ozil , summer signing Alexis Sanchez and even new-boy Welbeck could all operate in a similar role to Walcott, who will hope to be available again when Wenger’s side take on Galatasaray in the Champions League on October 1 or the Premier League clash at Chelsea on October 5.

Arsenal are 26.00 to win their first Champions League title this season, while the Gunners can be backed at 11.00 to win the Premier League after picking up five points from their first three games.