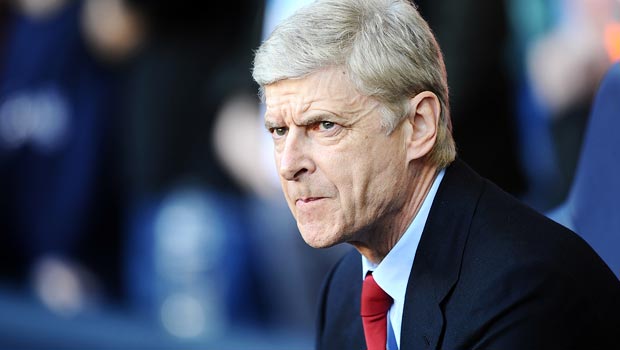 Arsene Wenger felt his Arsenal side got back into the Premier League race with a 1-0 north London derby win at Tottenham on Sunday and now feels the game at leaders Chelsea next weekend is “a very big one”.

The Gunners chief was delighted with his players’ performance at White Hart Lane as the side went in front in the second minute courtesy of a thunderous strike from Tomas Rosicky and then held on to claim a first win at the home of their rivals since 2007.

Wenger praised the “special resilience” of his side to grind out the win which moves Arsenal to within four points of leaders Chelsea with a game in hand and a huge clash at Stamford Bridge coming this Saturday.

Wenger said: “It is a huge result. We were under pressure to win before the game because of course it was a very important game.

“Tottenham played well, we must say. For me, they were absolutely up for it and we needed some special resilience to get away with it.

“As long as we didn’t score the second goal, of course it was a very tight game, but in the end, for us, it is three massive points.”

The result helped Arsenal bounce back from last week’s “disappointing” defeat at Stoke City with Wenger now focusing on the trip to face Jose Mourinho’s Chelsea who slipped up with a 1-0 defeat at Aston Villa on Saturday evening.

“It gets us a bit closer to Chelsea and makes the game next week even more interesting,” Wenger added.

“We are now back to four points behind, we have a game in hand and we’ve played two away games on the trot now.

“We have five games at home and we will see. It makes, of course, the next game a very big one.”

The game at Chelsea, who are unbeaten on home soil this term, looks difficult on paper but Arsenal currently have the best away record in the Premier League and are 3.71 to win, while the Blues are 2.05. The draw is 3.20.