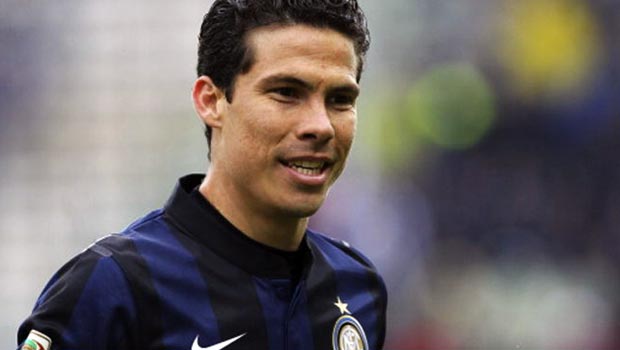 Inter Milan midfielder Hernanes says the team are over their “tough period” after beating Cesena 1-0 and he is confident they can build on the win.

Prior to their victory on Sunday, Inter had won just two of their opening seven games of the season and sat ninth in the Serie A table, 10 points adrift of leaders Juventus.

But Mauro Icardi’s winner from the penalty spot away at Cesena gave the Italian giants their first win this month and they are now eighth, four points adrift of the Champions League places.

Hernanes believes the win can kick-start Inter’s season and is calling on his team-mates to maintain the momentum.

“We’re out of a tough period now, we can build on this showing the same desire and playing better football,” the Brazilian midfielder told Inter Channel.

“We won and we’re going home with the three points – that is the most important thing. The team showed character and will to win, we must continue like that, always playing with great heart.

“Football is a crazy game. When you want to win at all costs, maybe you lose a bit of nerve when looking for the right pass.

“We were lacking knock-out blows against Cesena, but I was saying, if you’re are not calm, you cannot make the right decisions.”

Hernanes and company return to Serie A action on Wednesday as high-flying Sampdoria, who currently occupy fourth in Serie A, visit San Siro.