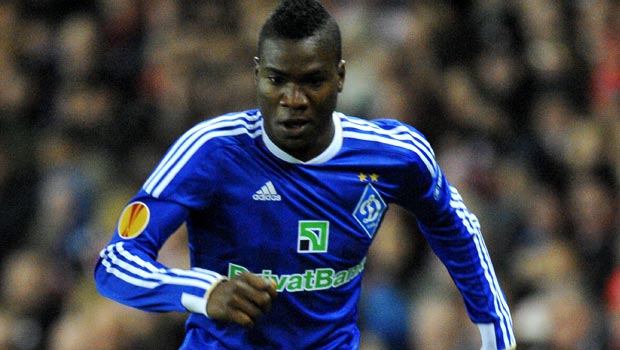 West Brom manager Alan Irvine believes that new signing Brown Ideye, who has joined from Dynamo Kiev, will provide the extra dimension they require in attack.

Ideye was confirmed as the latest Baggies recruit on Friday after completing the move from Ukraine for an undisclosed fee, reported to be a club record in the region of £10million.

The Nigeria international is the fifth signing of the summer since Irvine replaced Pepe Mel but the first attacking option to join up.

Irvine insists that his squad must be more clinical in the final third if they are to avoid a relegation battle and is confident that Ideye will be up to the job.

Irvine said: “Brown is a quality striker and I’m looking forward to working with him.

“He’s a strong, quick, powerful player who likes to get in behind defences and has plenty of Champions League and international experience.”

West Brom are priced at 3.80 to be relegated next season having finished just one position clear of the bottom three last term with a three-point cushion above Norwich.

Irvine has been quick to get business done in the transfer market after recruiting a number of experienced heads.

Sebastian Pocognoli, Joleon Lescott, Chris Baird and Craig Gardner have all been added to the squad at The Hawthorns.

If the reported £10million fee is correct then it smashes the previous club record of £6million spent on Stephane Sessegnon last year, but technical director Terry Burton believes it is worth spending money if it secures a top player.

Burton said: “It is a fantastic signing because of the quality and the potential of the player. We’re looking forward to seeing him play for the club and scoring goals.”