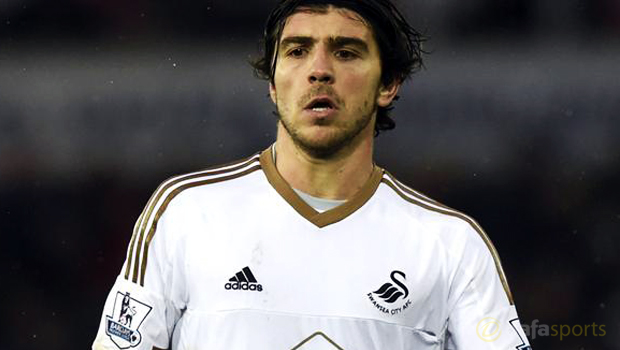 Swansea first-team coach Alan Curtis believes January signing Alberto Paloschi can become a regular goalscorer for the club once he gets off the mark.

Swansea, who are priced at 4.00 to be relegated, drafted in Paloschi to bolster their attack in January from Chievo for a fee reported to be in the region of £8million.

The 26-year-old has yet to find the back of the net yet in three outings against West Brom, Crystal Palace and Southampton, but Curtis insists there is definitely reason to feel optimistic.

The striker, who started his career with AC Milan, may not have scored but Curtis feels his performances have been improving.

Curtis was in caretaker charge of the squad earlier this season and remains very hands on in training where he has been impressed by the Italian.

The 61-year-old believes that Paloschi could prove to be crucial as they continue to battle against relegation in the final 12 games of the campaign.

Curtis said: “Alberto has been excellent in training, and he acquitted himself really well against West Brom with his movement and his touch and his hold-up play.

“He was unlucky not to score that night and like all forwards, he needs his first goal.

“Especially when you come to a new club, it’s important to get off the mark.

“In the two home games, he has been up there almost as a lone striker facing some big lads at the back for Crystal Palace and Southampton.

“His chances have been limited and the service should have been a lot better.

“But I think he will score goals for us. We have seen the signs at West Brom and in training.”