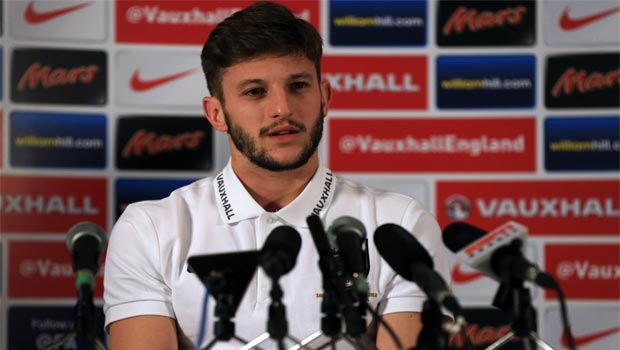 Playmaker Adam Lallana insists the World Cup and England have his full attention, despite speculation surrounding his future.

Liverpool have already made a bid for the Southampton star, while Manchester United have also been linked with a move for Lallana.

However, the midfielder insists he is focusing on the World Cup and doesn’t think the speculation will impact on his performances in Brazil if his future remains unresolved by the time England open their campaign against Italy.

“Whether my future gets sorted before or after the World Cup makes no difference to me,” he said.

“I am just fully focused on doing well for England and performing as well as I can.”

Lallana is not the only player in the England squad who heads to Brazil amid speculation over his future.

Southampton team-mate Luke Shaw, who was selected ahead of veteran left-back Ashley Cole, has been linked with the likes of Manchester United and Chelsea in recent months, but like Lallana he insists he pays no attention to the speculation.

Shaw said: “It [the transfer speculation] is something that is not even on my mind. I am here to play for England and that is all I am focused on.

“It doesn’t bother me one bit.”

England are priced at 3.00 to win Group D having been drawn alongside Italy, Uruguay and Costa Rica.

The Three Lions are 25.00 to win the tournament outright, while Italy can be backed at 27.00 and South American giants Argentina are 5.00.