Posted by Robert Morris on September 3, 2015 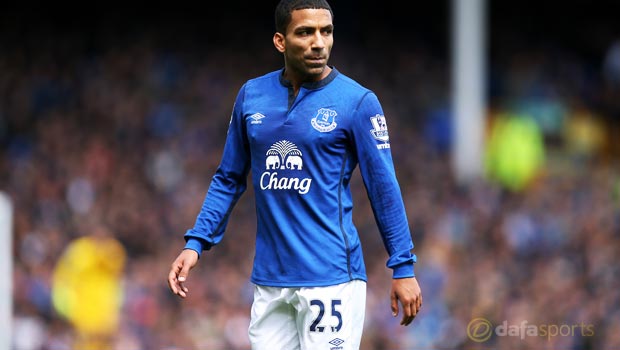 Aaron Lennon admits he had hoped to join Everton permanently this summer after spending time on loan at the club last year.

Having not been given a squad number by Tottenham boss Mauricio Pochettino, the 28-year-old’s future at White Hart Lane looked bleak.

Despite rumours of a possible move to Goodison Park, the Toffees left it late to get their man, eventually signing him for an undisclosed fee on transfer deadline day.

Lennon is now expected to play a key role as Roberto Martinez’s squad aims to mount a serious challenge for the European places this season and will have no issues settling in after impressing while on loan at the club last term.

Despite spending the last 10 years in North London, the former England winger says it was an easy decision to join Everton, admitting he had been waiting for the call all summer.

“It’s an unbelievable feeling, a lot of people know it’s the move I wanted and from the first time I got here, it felt like home,” Lennon told the club’s official website. “I was just hoping it got done throughout the summer, I was just waiting, waiting.

“The loan spell was great for me. I enjoyed the whole feel of everything and the reception from everyone to do with the club. I felt so welcomed and I was just hoping throughout the whole summer that this one got done – and thankfully it did.”

Lennon could make his first appearance since signing when Everton face Chelsea on September 12, a game they are 4.00 to win, with the draw 3.40 and the Blues 1.85.