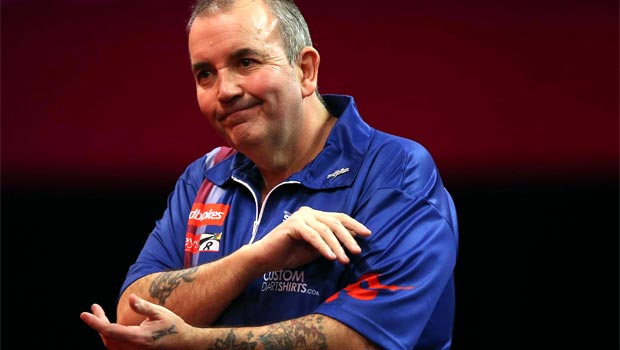 Phil Taylor, 16-time World Darts Champion, has been sensationally knocked out of this year’s competition.

Taylor, widely recognised as the greatest darts player ever to stand on the oche, was the hot favourite to record a 17th career victory in the PDC World Darts Championship at the Alexandra Palace in London.

However, ‘The Power’ as the Stoke thrower is known, put in a woefully uncharacteristic performance as he crashed out in the second round to the former world youth champion Michael Smith.

Having struggled in the first round, Taylor looked more like his old self when recording a 156 checkout in the first leg, but things started to go downhill soon after as Smith showed nerves of steel to go on and record one of the biggest shocks in darts history.

A bullseye finish to complete a 128 checkout in the deciding leg saw Smith triumph 4-3, after which Smith, ranked 32 in the world, said: “My heart is pounding, I can barely speak.

“When I broke in the second set I thought ‘I can beat him here’.

“Neither of us could hold our throw and I thought, ‘Just hold your throw once and you could win this’ because Phil was not on his game.”

With Taylor out of the top half of the draw, the path to the final looks a lot easier now for the number 2 seed Michael van Gerwen in the bottom half, and the Dutchman will now be a red hot favourite to go on and take the title.