Cycling: Brailsford hints at Froome and Wiggins working together 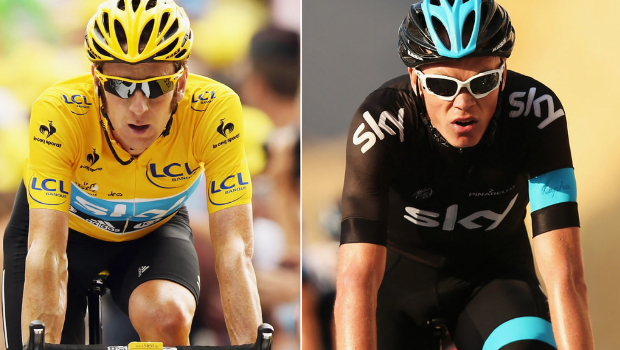 Team Sky principal Dave Brailsford admits that both Chris Froome and Bradley Wiggins could work together in next year’s Tour de France.

Rumours suggested there was some unrest between the two riders when Wiggins choose to target victory himself in 2013 instead of helping Froome to his first Tour title.

However, Wiggins was then withdrawn from the Tour due to injury and Froome took the opportunity to secure a comfortable victory at the weekend and give Team Sky back-to-back titles in the gruelling race.

Next year’s Tour starts in Yorkshire before a trip to London and Wiggins will be looking to have his place in the team secure in order to take in the home atmosphere. But Froome’s performance in this year’s Tour casts doubt about Wiggins’ role in the team as a sole leader in 2014.

A potential co-leadership role has been mentioned but Wiggins is also thought to be considering pulling out of the Grand Tour and focusing on one-day Classics and the World Championship road race.

Brailsford admitted the pair do not get along but refused to dismiss the possibility of the two working together.

“People talk about having team unity and team harmony. I don’t buy that at all. Most of the best teams I have been with, they are not harmonious environments.

“This is not a harmonious environment. This is a gritty environment where people are pushing really hard. What you need is goal harmony, and there is a big difference between the two.”