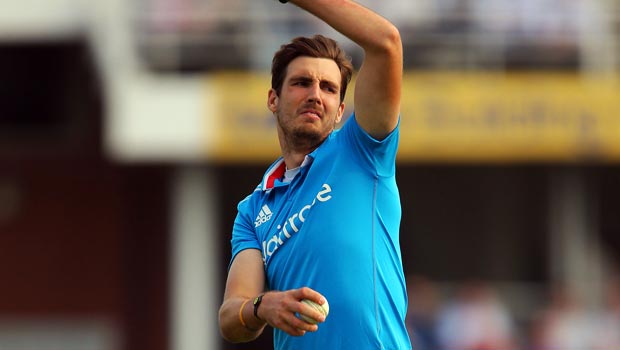 Eoin Morgan has praised the performance of Steven Finn after the seamer took five wickets in England’s comfortable victory over India on Tuesday.

After bursting on to the scene, Finn has found himself in and out of the international set-up in recent years due to the inconsistencies within his action.

When on form he can be almost unplayable and showed his worth to the team as he claimed figures of 5-33 in Brisbane, with James Anderson also taking four wickets as the Indians were restricted to just 153.

Despite losing Moeen Ali early in reply, 88 from Ian Bell and a composed 56 from James Taylor saw the Three Lions home to get them right back into contention in the ongoing triangular series.

Having struggled so much in the 50-over game in recent months, the performance would have undoubtedly put a smile on coach Peter Moores’ face as he continues to look towards the World Cup for which England are currently 10.00 to win.

Next up for England are tournament hosts and 3.30 favourites Australia in Hobart on Friday and captain Morgan feels his side are now moving in the right direction, reserving special praise for the resurgent Finn.

“We really put in a team performance here today, which I’m delighted with,” Morgan said. “If nothing else over the last 12 months, we’ve put together some outstanding individual performances – and today was no different with Steve Finn.

“He found some rhythm early, and managed to take advantage of that steep bounce he gets.

“He’s come a long way over the last two years… for him to produce performances like the ones I’ve seen at Middlesex throughout his whole career makes me very proud.”