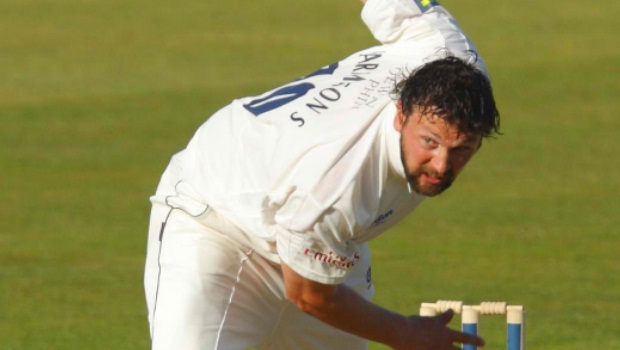 England and Durham bowler Steve Harmison has announced that he is to retire from cricket at the age of 34.

Harmison played 62 times for his country, picking up 226 wickets, and will fondly be remembered for his role in England’s memorable Ashes victory over Australia in 2005.

Over the years, the tall paceman has played a pivotal role at Durham but he missed last season’s County Championship success due to injury and with his contract expired, he has decided to call it a day.

He said: “Today I am announcing my retirement from professional cricket. I was hoping to go out on a high in my benefit year but my body has not allowed me to, and I have not made a single first-team appearance.

“With my contract up at the end of the season, I have known for a while I would be calling it a day, but I did not want to take the shine off such a magnificent campaign for Durham by announcing it before the end.

“I had plenty of highlights in an England career that spanned nine years, during which time I became the world’s top-ranked Test bowler.

“And, even with 123 appearances for England in all forms of the game, I still took 458 first-class wickets for Durham. The picture which gives me the most pleasure is of me walking off the field at Canterbury on the day we won Durham’s first Championship. One hand, with its wrist broken, is clutching a stump, the other is around my brother Ben.

“Looking back on my career, there are many people that have played an important role so, to them, and the fans, thank you.”