Posted by Vincent Henderson on November 16, 2013 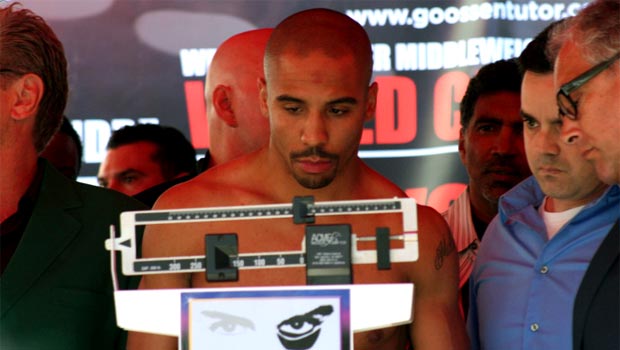 Andre Ward has confirmed that he would be open to a super-middleweight unification rematch against Carl Froch should the both come through their respective bouts this month.

The WBA Super and Ring Magazine world champion is set to go up against the unbeaten Edwin Rodriguez in Ontario, California, on Saturday evening, while Froch will put his IBF and WBA crowns on the line against fellow Briton George Groves in Manchester next Saturday.

And, if they both win, Ward has expressed his desire for the 168-pound division’s champions to get back into the ring together at some point after the American came out on top with a points victory in their previous showdown in December 2011.

Ward claims he fought with a broken hand in their previous encounter and he backed himself to stop Froch if they meet in the ring again.

“I think a fight with Froch is definitely something that could happen,” Ward told BoxNation.

“I’ve said this so many times but I’m not chasing that fight. I won the last one hands down, and I would be secure moving on. But it’s something that he feels he wants to get another crack at and I’m open for that – absolutely.”

The Olympic gold medalist added: “I think I could stop Froch in a rematch. I don’t believe the hype that Froch is invincible. I think he has a really good chin, has taken some big shots and stood up under them and I give him credit for that.

“But sometimes the media makes him out to be some iron man who can’t be stopped. He can be stopped if he gets hit with flush shots.

“It’s only natural to think that if you come into a fight inhibited, injured and limited and you’re still able to do a certain amount of work – if you’re fully healthy just imagine what would happen.”