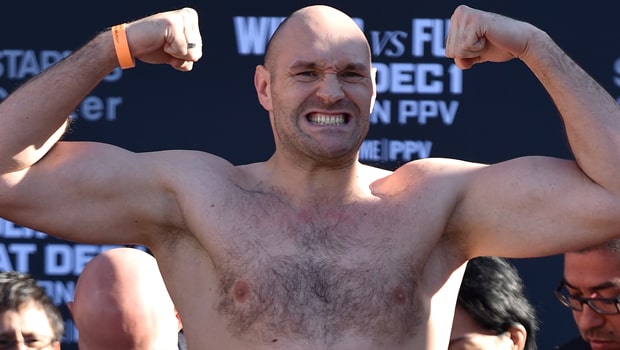 Former world champion Tyson Fury has turned the screw on Anthony Joshua by claiming he is no longer a force in boxing.

Joshua, 29, lost his IBF, WBA and WBO titles on June 1 after a seventh-round stoppage by Andy Ruiz Jr at Madison Square Garden. Ruiz Jr was only fighting because Joshua’s original opponent, Jarrell Miller, had tested positive for a banned substance, but he still pulled off a massive shock to blow the heavyweight division wide open.

Fury himself is still on the comeback trail and will meet Tom Schwarz in Las Vegas on Saturday as he looks to secure future title fights, having stunned the world by beating then long-reigning world champion Wladimir Klitschko in 2015.

And the ‘Gyspy King’ has pulled no punches in his assessment of Joshua’s current standing in the sport after his no-show in New York.

Fury told the BBC: “When a man doesn’t want to be there once, he will always do it and it’s hard to come back from.

“He did it that night and I don’t think he will come back from it. Finished. Ask any top trainer who has been around the sport a lifetime. When he got to the ring I saw he didn’t want to be there.”

“If you can fight you can fight, if you can’t you can forget about it. You can eat every protein bar in the world, when you get banged on the chin and panic, it don’t really help you much.

“People who don’t understand boxing look at a fight man and think he can’t fight. The best feeling I got from it was the two best conditioned fighters in the last 20 years have been Klitschko and Joshua and they both got done by two fat men.”