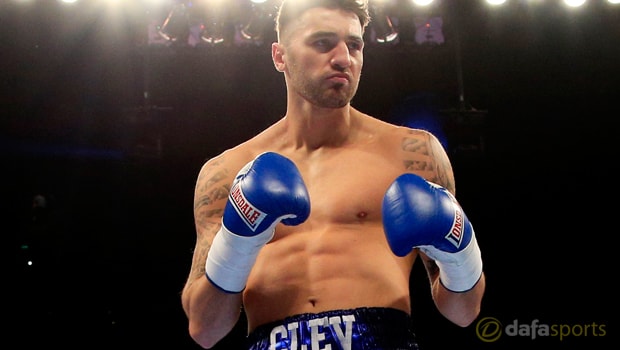 Welshman Nathan Cleverly is confident that his experience at light-heavyweight will pay off when he takes on American Badou Jack on Saturday night.

The 30-year-old will defend his WBA light-heavyweight title this weekend on the undercard of Floyd Mayweather’s clash with UFC star Conor McGregor.

Cleverly won the title back in October after beating Juergen Braehmer but he faces a stern test in his first defence of the title.

Jack was the WBC world super-middleweight champion before he moved up in weight and he is confident of winning yet another world title at the age of 33.

However, Cleverly insists his experience and natural size will prove too much on the night.

He told Sky Sports: “He’s an established world-class fighter. He does the basics very well.

He’s very solid on the world stage. “But he’s moving into the light-heavyweight division now. He says he’ll have more energy and be stronger, and possibly so.

He may feel invigorated at the new weight. But he’s coming up against an established light-heavyweight on the world stage. This is my eighth world title fight.

“He’s going to see the difference at some point. It’s going to pay dividends.

“I’m going to deal with him in a good fashion. I believe this fight is a good fight for me to move onto the elite level.

This is a world class fight but the winner can move onto the elite level.

“I’ll have too much for Badou Jack. I believe I’ll out-box him and have too many ring smarts, and win a convincing decision.”