Posted by Vincent Henderson on December 11, 2018 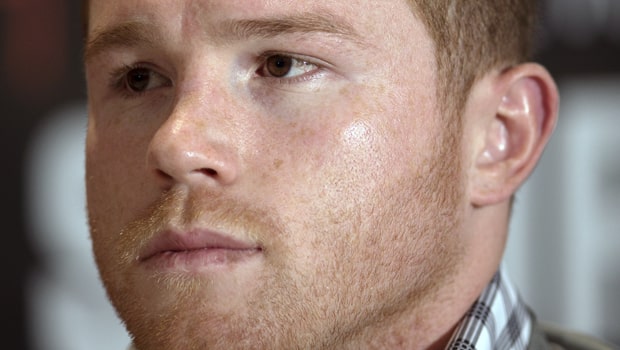 Mexico star Saul ‘Canelo’ Alvarez is adamant he will be looking for the stoppage when he steps up in weight class to take on Rocky Fielding on Saturday night.

Alvarez will compete at super-middleweight for the first time and he will be aiming to win yet another world title at Madison Square Garden.

Fielding will defend his WBA ‘regular’ title for the first time as he fulfils a career dream by fighting at the famous New York arena.

The Liverpool fighter won the title in July after stopping Germany’s Tyrone Zeuge and he is on a high after winning six in a row.

He is the overwhelming underdog this weekend, with Alvarez aiming to become a three-weight world champion.

Despite stepping up another weight class, the 28-year-old believes he will win inside the distance. “Winning by a KO is always impressive,” Alvarez said.

“I am preparing to make the best of it in this fight by any way, by any means necessary. I’m going to give everything in the ring, and I’m always going to look for the KO as I do in my fights.

“It’s very important to be on that list of about 10 Mexicans to become three-division world champions, to enter history. That’s why I’m here taking on this important fight, and it’s important that we win this title.

“It’s not a secret that I’m a better fighter and that I’m more experienced.

“But I’m taking a risk by entering into a comfort zone of a champion and his weight, that’s a risk, and that risk makes it even. It makes it interesting. No fight is easy, so I’m preparing for a hard fight.

“I know that Rocky is used to receiving punches from another weight class and I know that he’s taller. It’s not an easy fight, and I’m preparing for the best Rocky Fielding and to make sure that there are no surprise.”

Alvarez will be expected to make a fast start and he is 10.00 to win inside round three.