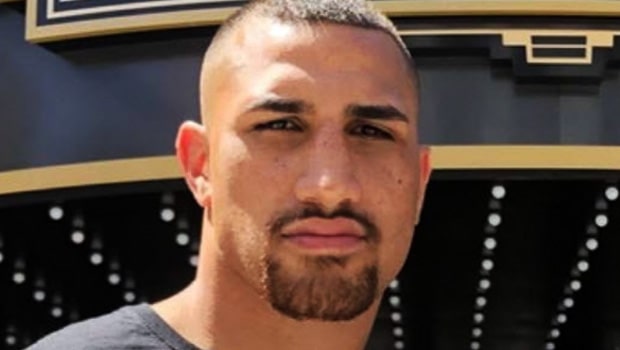 Justis Huni has got backing to reach a world title as quick as WBO, IBO, IBF holder Anthony Joshua.

The British boxer will be facing the challenger of his belts, Kubrat Pulev, in a world heavyweight title fight in December.

The Australian heavyweight was preparing for the Tokyo Olympics before COVID-19 forced the postponement of the tournament. He has now turned profession. He is also preparing for a historic pro debut, which will move him up the rank, starting with the Australian title in his very first fight.

The 21-year-old boxer will come up against Faiga Opelu on October 22, who has a record of 13 wins, one draw, and one loss.

Speaking with Sky Sport, his promoter, Dean Lonergan, believes that with 16 fights, he can match Anthony Joshua’s record of reaching a world title bout in only 16 contests.

Speaking ahead of his first fight, the Australian said he would be taking it fight by fight, hopefully, all the way until the lead up to the Olympics.

He added that he still wants to compete in the Olympics by the time it finally comes. While noting that the event can enhance his growing reputation, Huni said winning a medal for his country at the Olympics will be his main goal.

Huni also revealed that his best win in the amateur ranks was a fight against Richard Torrez. He said the contest, a semi-final for the 2016 Youth World Championships, was a hard one he had to win to qualify for the finals. He eventually won the battle on points.

He revealed that the American was overpowering him in the first round, but he had to adjust quickly in the second round by just hitting and moving around. He added that standing in just a spot won’t help him beat, whom he described as a very strong boxer. The tactics eventually worked, and he got the win.

Unfortunately, he couldn’t fight in the finals after suffering a bad cut in the semi-final. He would have faced Frazer Clarke in the bout.

He is not a stranger to the boxer, having done rounds with him during his training camp at Sheffield before that tournament.

He is therefore looking forward to facing the boxer at the 2021 Games.

He described his next opponent as a very tough athlete but said he knows what to do to come away with the win.