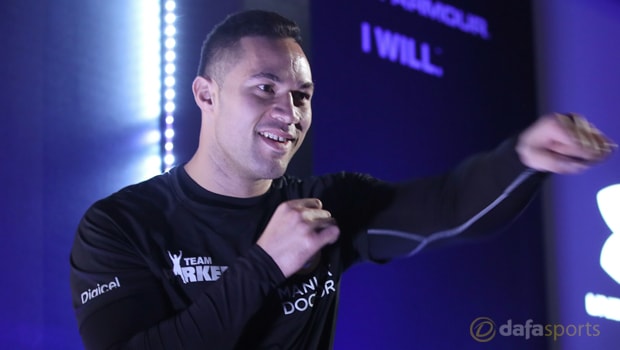 WBO heavyweight champion Joseph Parker insists Anthony Joshua needs to forget about his Wembley win over Wladimir Klitschko as he will pose a totally different challenge.

Parker, 26, is unbeaten in 24 fights and has won 18 of those inside the scheduled distance.

The New Zealander won the title back in 2016 after outpointing Andy Ruiz Jr and has since defended against Razvan Cojanu and Hughie Fury.

Joshua won his IBF belt back in 2016 after overcoming Charles Martin but he won the WBA ‘super’ belt against Klitschko in April 2017.

After defending both against Carlos Takam last October, Joshua is looking for his 21st straight win but Parker feels confident ahead of the fight in Cardiff.

Joshua will fight at the Principality Stadium for the second time in a row but Parker believes he will have too much speed for his rival.

AJ’s trainer Rob McCracken has suggested that Klitschko was a tougher proposition than Parker but the Auckland-born star is ready to shock the world.

If he’s focused on Wladimir, then he’s going to get a different fight altogether.

“Wladimir, he ran the division for a long time, he’s a great fighter, and we respect him.

“But he was a little older and I feel like I’m younger and sharper, and stronger. But we’ll find out on Saturday.”