Posted by Vincent Henderson on January 29, 2019 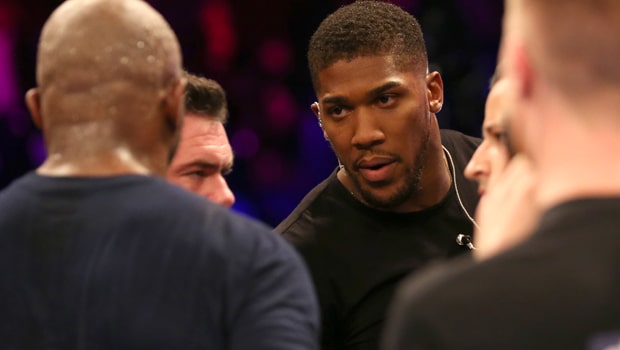 American heavyweight Jarrell Miller feels he has a realistic chance of fighting Anthony Joshua this year as talks continue.

IBF, WBA ‘Super’ and WBO champion Joshua has already been booked to fight at Wembley Stadium on April 13 although he is yet to confirm his next opponent.

A fight with WBC champion Deontay Wilder now appears to be off the table, with Tyson Fury set to be rewarded with a rematch. Miller has yet to lose in his first 24 fights, winning 20 of them via knockout.

Back-to-back knockout wins have raised his profile in America and the 30-year-old insists he has a strong chance of fighting Joshua in the summer at Madison Square Garden.

Asked about his current options, Miller told Sky Sports: “If AJ fights Dillian Whyte or maybe I get to knock him out in June. We’re waiting on finding out exactly what’s going to happen with those two guys first.

“I’m not the kind of guy that gets gassed up. When I see pen and paper, then that’s when I take it more serious. All been verbal talk.

We start seeing something formally in black and white, then we’ll get a little more serious. Right now, it’s all talk.

“They are finding ways to make it happen. They can, I don’t think it was a big problem. I think AJ really wants the easier fight, which is Dillian Whyte, but they’re trying to give Dillian Whyte the benefit of the doubt.

“I think June would be perfect. I even heard talks about September if he fights in April. We’ll see. There’s a lot of moving factors when they could be in big fights.”