Posted by Vincent Henderson on January 5, 2019 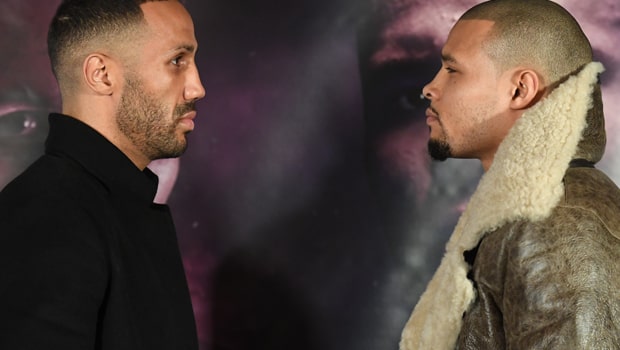 Former IBF super-middleweight world champion James DeGale has claimed he will retire Chris Eubank Jr when they meet in February.

The pair will meet at The 02 in London on February 23 after the fight was confirmed on Thursday morning. No belt will be on the line after DeGale vacated his world title at the end of 2018.

The Londoner has won his last two bouts but he will have his work cut out when he meets Eubank Jr in the capital.

‘Chunky’ still holds ambitions of becoming a two-time world champion but injuries have derailed his progress in recent months.

Eubank Jr lost his last world title fight to George Groves and his opponent believes he will retire in defeat.

“When he first turned professional he was calling me out, he’s very deluded,” DeGale said.

“On February 23 I get my chance to deal with this guy good and proper and finish him. After Eubank has lost to me I don’t know where he is going to go.

“I’m calling this the retirement fight and whoever loses can knock it on the head, it’s game over. He’s got heart and big set of balls but that’s not going to be enough to beat me.”

However, Eubank Jr has fired back and he believes the former Olympic Gold medallist will be the one who calls it a day after they fight.

“This fight has been four or five years in the making and it’s going to be a painful lesson for him,” he said.

“I hope he can bring the best he can bring on the night and give the fans the most exciting and explosive fight that we possibly can. I just don’t think he has what it takes.”