Posted by Vincent Henderson on September 10, 2013 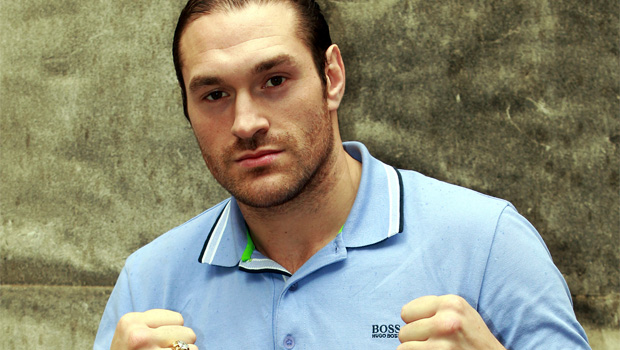 Tyson Fury hopes that a tough training camp in Belgium will prepare him perfectly to beat domestic rival David Haye when the pair meet on September 28.

Fury has left his close friends and family behind as he tries to focus on what is arguably the biggest fight of his career, when he takes on former world heavyweight champion Haye in Manchester.

The 25-year-old has dedicated himself to the sport under trainer and uncle, Peter Fury, and he has been in Essen sharpening his skills as he looks to shock the heavyweight division. Former opponent Steve Cunningham has flown out to Belgium to help Fury spar, along with fellow American Eddie Chambers.

Peter Fury has been ordering the pair to go all out to hurt Tyson as he tries to prepare his fighter for Haye, who will certainly come out looking for the knockout.

Despite facing the biggest test of his career, Fury is confident the gruelling camp will pay off on fight night.

“All the boxing and all the training is going to pay off,” he told Sky Sports News. “Every sacrifice that we’ve all made to be here and put this camp on, we are going to get rewarded for it on September 28th. Winning this fight means the world to me.

“It’s just about taking your time and not rushing things, just focusing on what you’re doing. I can get lackadaisical sometimes and just walk onto shots. You’re not allowed to do that, especially in heavyweight boxing.

“But Haye can think what he wants really. There’s only going to be one winner on the night and that’s me.”