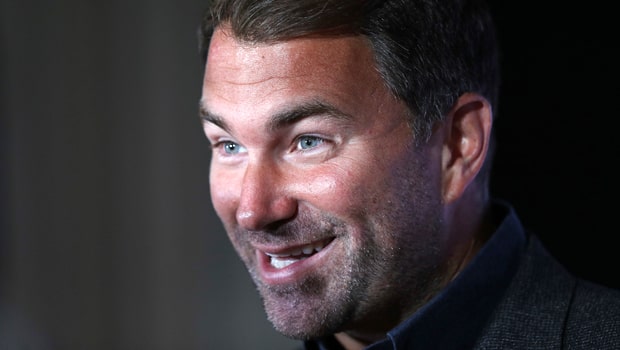 Promoter Eddie Hearn insists Andy Ruiz Jr has signed on to fight Anthony Joshua in Saudi Arabia later this year despite speculation to the contrary.

Ruiz Jr shooked the heavyweight division when he inflicted the first defeat of Joshua’s career at New York’s Madison Square Garden in June and, in doing so, he took the Briton’s WBA (Super), IBF, WBO, and IBO world titles.

The terms of the original fight meant Joshua was entitled to a rematch against the 29-year-old and it was announced on Friday that they would renew their rivalry on December 7 in Saudi Arabia.

However, the unified world heavyweight champion has remained quiet since that announcement was made and his trainer, Manny Robles, has suggested “there’s a reason why”.

That has led to speculation that the fight won’t happen, although Hearn has now dismissed such talk by saying: “Both fighters signed for this fight. The governing bodies have been informed.”

Hearn has also defended the decision to take the fight to Saudi Arabia when other options such as Madison Square Garden and Cardiff’s Principality Stadium were also on the table.

The promoter added: “We had approaches from Saudi Arabia, Abu Dhabi, Dubai and Qatar. “We wanted to go somewhere that had a vision for the sport of boxing. We already knew Saudi Arabia was for real and investing in the sport.

“We have to realise that there is another world out there outside of Cardiff and Madison Square Garden. We have an obligation to grow the sport to new areas and regions.”

Joshua, who had won all his previous professional bouts prior to losing to Ruiz Jr, is priced at 1.33 to win the proposed rematch, while the ‘Destroyer’ is available at 3.40 and the draw is on offer at 23.00.