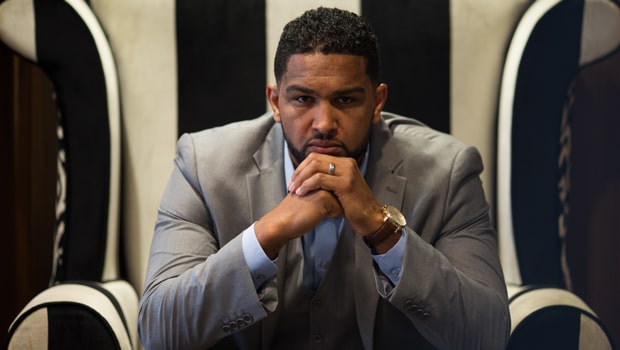 Dominic Breazeale believes he can take advantage of “distracted” WBC heavyweight champion Deontay Wilder when they clash on May 18.

The American pair will square off at Barclays Center, New York later this year with the WBC strap on the line.

Breazeale has worked his way back up the standings over the last three years, winning three in a row, after losing his last shot at a world title when suffering a TKO defeat at the hands of Anthony Joshua in London.

‘Trouble’ is eyeing a rematch with Joshua but insists he is fully focused on the task in hand as he looks to win a world title for the first time in his career.

Wilder also recently reiterated a desire to take on Joshua and Breazeale believes his compatriot has become “distracted” by the opportunity to strike up a lucrative deal with the Brit.

“I definitely think it’s a distraction,” Breazeale told Sky Sports. “I’m glad he’s having those distractions, that’s the kind of area you want a fighter in.

“When you’re in camp, your focus should be boxing, it shouldn’t be on what TV network, or what deal you’re signing next.”

Breazeale has vowed to make the Bronze Bomber “pay a price” for looking too far ahead.

“I’m glad that he’s overlooking me, because I want him to think that I’m a walk in the park, so the shock is as big as it needs to be come Saturday night.”