Posted by Vincent Henderson on September 9, 2013 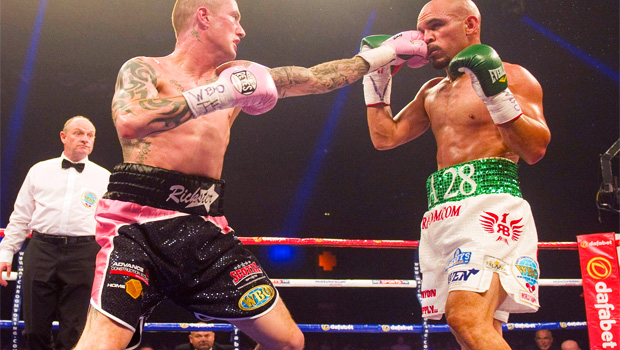 Ricky Burns will definitely fight again but a rematch with Raymundo Beltran is up in the air, according to his manager.

The 30-year-old Scot retained his WBO lightweight title courtesy of a controversial draw on Saturday, with the Beltran camp claiming the Mexican was robbed of victory.

Burns also broke his jaw in the second round, and, after having titanium plates inserted on Sunday, he was due out of hospital on Monday and is already looking forward to the future.

Promoter Eddie Hearn said there was no guarantee he would return to boxing and also dismissed talk of a rematch between the two.

However, Burns’s manager, Alex Morrison, says he has every intention of returning, although he admitted any rematch would have to happen in Scotland, which could cast doubt on it happening.

“I spoke to him this morning and he is definitely coming back, although when that will be, we don’t know.”

With regards to a rematch, Morrison says Burns is keen to fight again in Scotland but the Beltran camp are not happy with such plans.

“It’s the moral thing to do,” he said. “Ricky wants to fight him again here in Scotland in front of another packed crowd.

“But it will only take place here in Scotland. If Beltran wants a rematch, he’ll have to come here again.”