Posted by Vincent Henderson on February 25, 2014 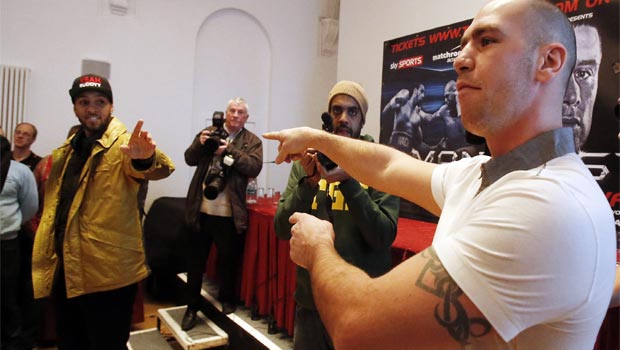 Ricky Burns insists he is happy to be the underdog for his world title defence against Terrence Crawford on Saturday.

The Scot has not tasted defeat for seven years but Crawford will be the slight favourite for the upcoming contest as the American looks to win the WBO lightweight crown.

Burns will be under pressure to please the Glasgow crowd at the Scottish Exhibition Centre after struggling to a controversial draw in his last fight against Raymundo Beltran.

The 30-year-old was floored in the eighth round but he did remarkably well to carry on after breaking his jaw in the second round.

Burns has proved his critics wrong in the past, with wins over Roman Martinez and Michael Katsidis and he admits he is happy with the underdog tag.

“I’ve been made out to be the underdog in some of those other big fights as well. It’s just taken more pressure off me,” he told Sky Sports.

“Obviously fighting at home in front of 10,000 fans, that’s big enough as it is.

“I always try and put that in the back of my mind. I know things are going well in the gym so I’m just hoping to go out there and put on a good performance because I’m due one, especially after the last couple of fights.

“Terence Crawford obviously, first time fighting outside of America as well, technically he’s very, very good, but as I said the sparring I’ve been getting has been great and I’m confident whatever is coming my way, I’ll be able to deal with it.”