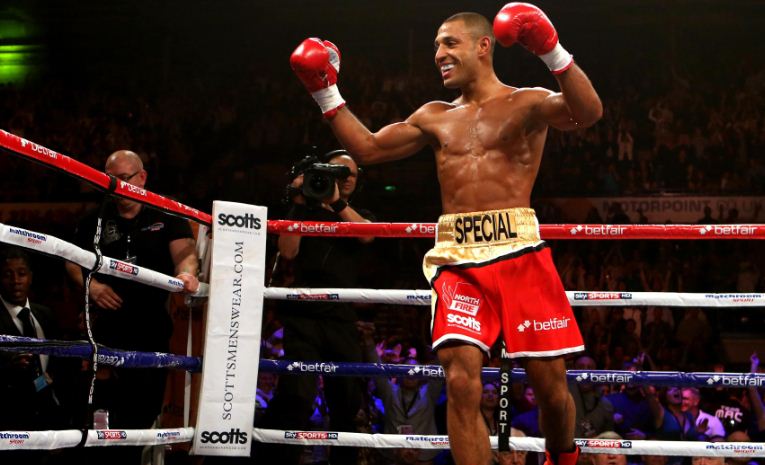 British welterweight Kell Brook will take on Ukranian Vyacheslav Senchenko at Motorpoint Arena Sheffield on October 26 as he looks to continue his progression.

Brook continued to assert his dominance on the field with an eighth-round stoppage against Carson Jones at the MS3 Craven Park in Hull earlier this month.

The Sheffield-born fighter now boasts an extremely impressive record of 30-0 with 20 of those wins coming by KO and he feels that he is not too far away from a world title shot.

Shenchenko has picked up a win against a British opponent before, beating Ricky Hatton in the eighth round of the latter’s comeback fight in Manchester last November.

The 36-year-old is also a previous WBA welterweight champion, taking the title from Yuriy Nuzhnenko in April 2009 before suffering his sole defeat on his 34-fight record to Paulie Malignaggi in April 2012.

Brook insists that he is not taking the bout lightly and expects a difficult night in front of a home crowd, but he believes that it is another stepping stone in his pursuit of a belt.

“Anyone who stops Ricky Hatton is a dangerous fighter and one that I will take very seriously, so I can’t wait to get in there and train very hard to put on a good show for my fans in Sheffield. He’s been a World champion, been there and done it, so he will be out to prove that he’s worthy of another crack at being on top of the World.

“I really get up for it when I box in Sheffield, it’ll be packed to the rafters and they are really passionate fans – so I can’t wait to be back in my Arena, in a big fight that will take me closer to a World title shot. I’m on the doorstep of a World title and I’m ready to show I have what it takes to win it.”