Posted by Vincent Henderson on August 3, 2017 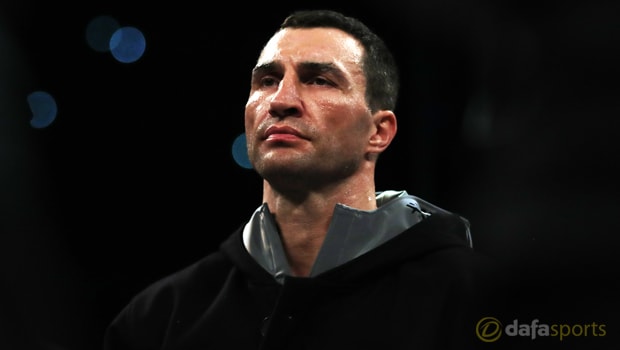 Former world heavyweight champion Wladimir Klitschko has announced his retirement from boxing, ending the possibility of a rematch with Anthony Joshua.

The Ukrainian became the second-longest reigning heavyweight champion of all time during his career before losing his titles to Tyson Fury in 2015.

He had been expected to attempt to become a world title holder again in a rematch with Joshua later this year.

Klitschko was stopped in the 11th round against the Briton at Wembley in May and that defeat will now mark the end of his stellar career, but the 41-year-old has no regrets about going out on a loss.

A statement from Klitschko read: “I deliberately took a few weeks to make my decision, to make sure I had enough distance from the fight at Wembley Stadium.

“As an amateur and a professional boxer, I have achieved everything I dreamed of, and now I want to start my second career after sports.

“I would have never imagined that I would have such a long and incredibly successful boxing career.

I’m very thankful for this. Thanks to everyone who has always supported me, especially my family, my team and my many fans.”

Klitschko and Joshua had been pencilled in to meet again in November by the latter’s promoter Eddie Hearn and it now remains to be seen if the WBA, IBF and IBO holder will fight again this year, although he must now face mandatory challenger Kubrat Pulev before December 2 or risk being stripped of his IBF belt.

There is the intriguing clash between Floyd Mayweather and UFC star Conor McGregor for fight fans to look forward to later this month, however, with Mayweather the 1.14 favourite and McGregor rated at 5.50.