Posted by Vincent Henderson on February 6, 2018 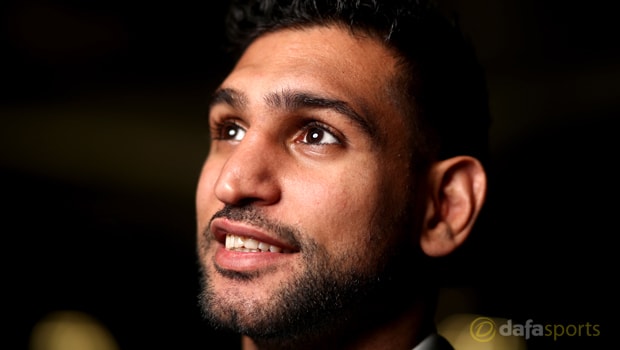 Joshua has only fought in the UK since turning professional in 2015 under promoter Eddie Hearn.

While he has entertained fans all around the country, Khan believes the IBF, WBA and IBO world champion needs to fight in the USA.

Joshua is currently preparing to take on Joseph Parker on March 31 as he tries to win the WBO title in Cardiff.

Wilder is planning to be ringside as he tries to line up a huge unification fight and Khan has urged Joshua to build his profile.

He told Sky Sports: “When you fight in America you become that global star, and that’s what I did.

People around the world now, wherever I go, they will recognise me because of US television, how they promote you.

“If he wants to make a big name, I think he might want to fight there first.

“He will build his name up, he will get a good knockout against some up and coming fighter and then he will be ready because people will see him live on TV and live in America.

“They will be like: ‘This fight needs to happen now.’ That’s a fight people want to see in America, they are already talking about AJ. I think he should go there.”

Joshua is the heavy favourite to win his unification fight and is priced at 6.50 to win via points.