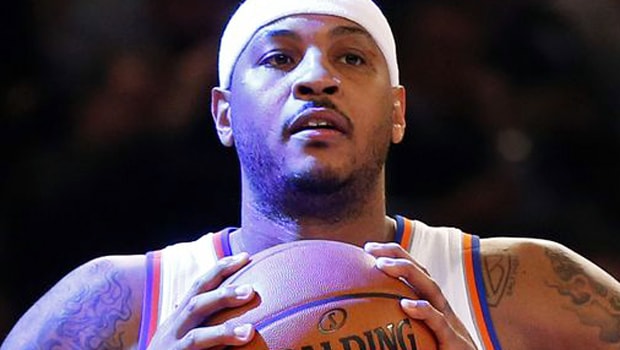 Carmelo Anthony admits he is looking forward to a fresh start at Oklahoma City Thunder following his recent trade from the New York Knicks.

The small forward opted to bring his six-year association with the Knicks to an end during the off-season and he ultimately joined the Thunder in exchange for Enes Kanter, Doug McDermott and a 2018 second-round pick.

Anthony has now revealed he was in need of a fresh start after losing some motivation during his final season in New York, but he insists he is fully revitalised and ready for the challenges that lie ahead with Oklahoma.

“My motivation is just different now. I kind of lost that motivation a little bit in New York. But I was still able to go out there and play and get through it,” Anthony SiriusXM Radio.

“From an individual standpoint I feel born again, feel rebirth, a different type of energy within myself, around the guys, around the organization, around the city. You can feel it.”

The 33-year-old has also revealed that he came close to joining the Houston Rockets before his move to Oklahoma materialised, while there were also reports that he could have ended up with 2016 NBA Champions the Cleveland Cavaliers.

“A deal was done with Houston early, then for some reason, whatever happened behind the scenes, it didn’t go through,” Anthony added.

“It fell through, then we had to really start paying attention and thinking about other options.”

Anthony is yet to win the NBA Championship during his illustrious career, but Oklahoma are priced at 19.00 to achieve that feat this season.