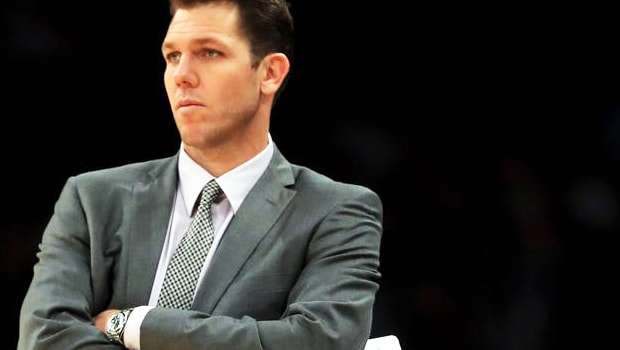 Los Angeles Lakers head coach Luke Walton believes a win is just around the corner for his side after suffering another defeat at home to Denver on Tuesday.

LA are on a dreadful run of form at the moment and the latest 127-121 defeat on home soil to Denver was the fifth straight loss for Walton’s men.

There were signs of life from the 16-time Championship winners in that match but they were unable to keep the high standard going for the entire contest.

The Lakers, who have lost 21 of their last 26 matches, made far too many errors in defence and they gave up 40 first-quarter points, while also conceding 101 points through the first three quarters.

However, despite being on the wrong side of the scoreline again, Walton is feeling optimistic of LA’s chances of getting themselves back to winning ways against Indiana on Friday.

We just have to do it more often.” Walton also defended the under-fire Julius Randle, who has been receiving some criticism for his recent performances for the Lakers.

The 22-year-old made just two of eight shots, for seven points, and committed five turnovers before sitting out the final quarter in the loss to Denver.

Much has been made of the talent the American possesses and Walton admits the positive signs are there to see.

“Sometimes, I’m like, Holy Lord, he’s figured it out, and the rest of the league is in trouble,” he added.

“And there are other times when it’s like, ‘Wow, what was he looking at right there?” In other action on Friday night, Denver are 9.00 outsiders to beat San Antonio Spurs, who are 1.07 favourites to win on home soil.