Posted by Marlon William on November 3, 2015 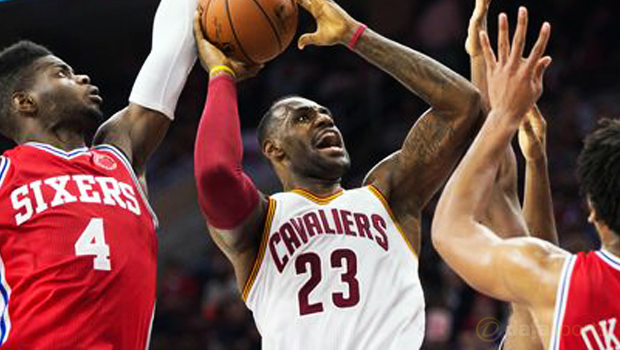 James put in a typically dominant display in Philadelphia, top scoring for his side with 22 points as well as managing more assists (11) and steals (4) than any of his team-mates.

The 30-year-old, who is the Cavs’ all-time leading scorer, reached the milestone with a left-handed dunk with eight minutes to play in the fourth quarter and was then given a standing ovation by the Philly fans.

James welcomed his latest record and also thanked the 76ers crowd for allowing him to savour the moment.

“I was just going to go about the game playing the game the way I’m accustomed to playing and see what happens,” James said. “I’ve been able to stay healthy in my career, and I’ve been able to play in two great organizations [The Cavs and Miami Heat] and also, incredible teammates and coaching staffs that allow me to be the best player I can be every night, and this is the result of it.

Cleveland lost their season opener to Chicago Bulls but they now have a record of 3-1 after wins over Memphis, Miami and Philadelphia.

Next up for the Cavs is the visit of New York Knicks on Wednesday night (starts 1am Thursday GMT) and they should be confident of continuing their winning run against a Knicks outfit who have a record of 2-2.

James is now 20th on the NBA’s all-time scoring list with 25,001 but he is still some way off the record of 38,387, held by Milwaukee Bucks and Los Angeles Lakers legend Kareem Abdul-Jabbar.

The Cavs are 3.80 to win the NBA Championship outright and the San Antonio Spurs can be backed at 5.00.