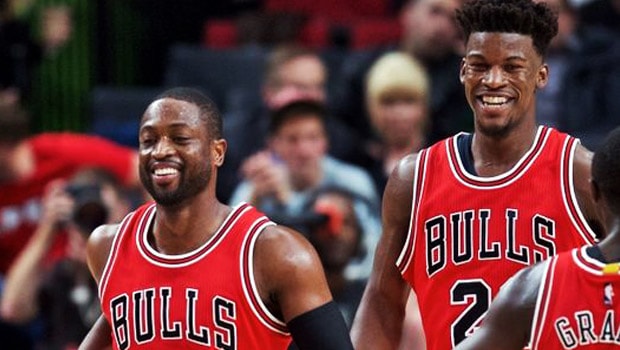 Chicago Bulls can cope without key man Jimmy Butler if he is forced to miss out against the Sacramento Kings, according to Dwayne Wade.

The Bulls will leave it until the last moment before deciding whether or not shooting guard Butler will face the Kings on Monday night.

Butler has a minor heel injury and could be involved, but coach Fred Hoiberg won’t make a decision on his availability until game day.

“Heel pain – the only way to get it better is by staying off it,” Hoiberg said, as reported by ESPN.

“But hopefully it’s something where it gets better every day and we’ll get him back out there soon.”

Wade concedes the absence of Butler would come as a blow in Sacramento but he is convinced Chicago have a strong enough squad to cope without the 27-year-old All-Star.

“Obviously, Jimmy is a big part of what we do at both ends of the floor,” he explained. “But in the NBA, it’s very rare guys play 82 games. So you gotta be prepared for it.

“And guys have to be willing to step up. Guys have been working very hard around here of late. So I think everyone is looking forward to their opportunity if they get it.”

Chicago lost all six of their road games in December but have improved of late, with three wins in their last five outings.

The Bulls head to a Sacramento Kings outfit who ended a four-match losing run at home with an improbable overtime win over Western Conference leaders Golden State Warriors last time out.