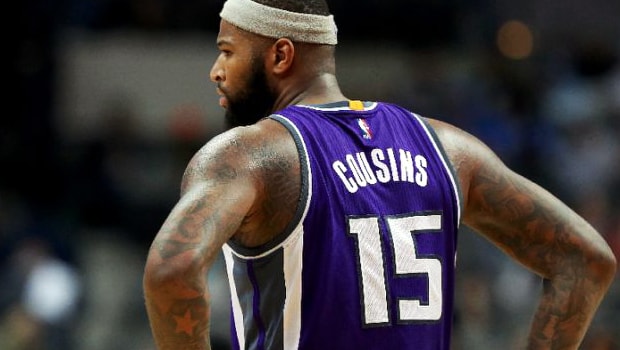 DeMarcus Cousins has bid an emotional farewell to the Sacramento Kings following his trade to the New Orleans Pelicans.

The three-time All-Star had spent his entire NBA career to date with the Kings, racking up nearly 500 appearances for the California-based outfit since making his debut in 2010.

However the 26-year-old’s time at the Golden 1 Center was brought to an end on Monday, when it was confirmed that he, along with forward Omri Casspi, had been traded to the Pelicans, with Buddy Hield, Tyreke Evans and Langston Galloway moving in the opposite direction.

Cousins delivered an emotional farewell speech to Sacramento following the announcement, admitting his love for the city and the club will never waver.

“My love for this city has never changed,” he said. “Even though I’m gone, it’ll still be the same. You know, I’m still lookin’ out for these kids.

Cousins has averaged 27.8 points and 10.6 rebounds per game this season, helping the Kings to third in the Pacific Division and ninth in the Western Conference.

The centre will now be hoping to continue his form with the Pelicans, although he is also walking a disciplinary tightrope, as he has already served a suspension for accumulating 17 technical fouls this term, meaning he will be given bans for every other technical infringement he commits during the rest of the regular season.