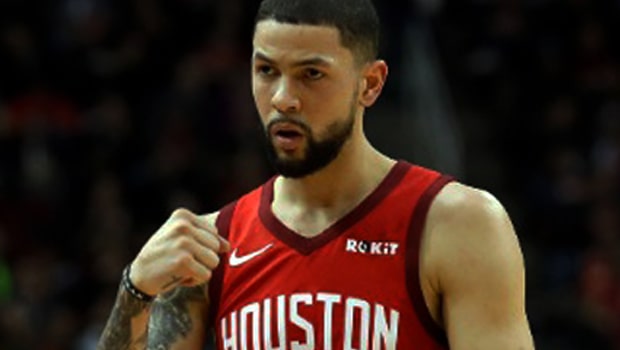 Austin Rivers feels a miserly defence can be the launchpad for the Houston Rockets to become NBA champions this season.

The Rockets last tasted Finals glory in 1995, defeating the Orlando Magic in a series whitewash as they won back-to-back titles to split the golden era of the Chicago Bulls’ ‘three-peat’ side.

Star performer James Harden may be breaking records with his scoring feats this term, but Rivers feels it is at the other end of the court where Houston can put down the foundation for success.

He felt the dominant 112-85 win over the Denver Nuggets on Thursday added weight to his theory. “If we play defence like that, we can win the title,” guard Rivers said.

“That’s what we believe around here.” The Rockets have had the NBA’s second-best defence since the All-Star break, having been ranked as low as 25th prior to the break.

They held the Nuggets, who have been struggling offensively of late and haven’t managed 100 points in their past three games, were held to a season-low 85 points. Harden supports his team-mate Rivers’ assessment and says a strong defence is not that tough to achieve.

“It’s not difficult, it’s not difficult at all,” Harden said of producing consistent defensive efforts. “I think since the break we’ve been top five in defensive. We have the ability to do it. We just have to do it.”

Coach Mike D’Antoni meanwhile called it their best defensive effort of the season.

“This is by far our best effort defensively and it’s been coming. The guys got after it. If we do that, then whoever it is, it is,” he said.

The Rockets are 13.00 to win the NBA Championship this season, with the defending champion Golden State Warriors favourites at 1.44.