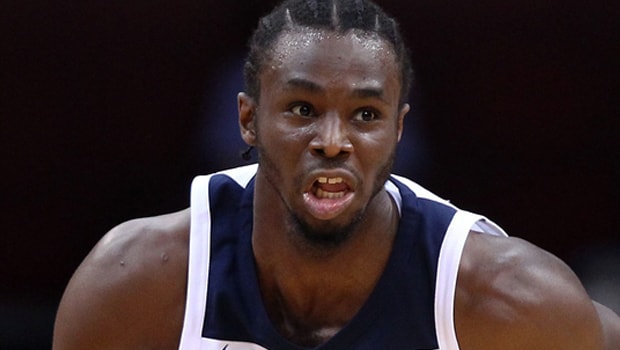 Minnesota Timberwolves have received a huge boost ahead of the new season as shooting guard Andrew
Wiggins has committed his future to the team.

The Timberwolves originally offered the 22-year-old a bumper new five-year contract worth $146.5million over two months ago, but he has now agreed to the terms just days before the new season is due to get underway.

Wiggins insists it was always his intention to remain at the Target Center, as he has enjoyed every minute of his time in Minnesota since arriving from Cleveland Cavaliers in 2014.

“I like everyone from the trainers to the coaches to the front office, my team-mates,” Wiggins said.

“I love everybody. They’ve treated me with nothing but nice since I got here.

And they were the first people who gave me the opportunity to play in the NBA after I got traded from Cleveland and they welcomed me with open arms. So this is where I wanted to be at.”

Alongside Karl-Anthony Towns, Wiggins is expected to form an integral part of Minnesota’s future and he believes his new deal gives him extra motivation to strive for the very top of the game.

“It’s motivation to get better and show everybody what I can do, the other stuff I can do,” he added.

“The stuff they think I can do, add more, just keep on adding to my game.”

The Timberwolves will get their NBA season underway on Wednesday when they travel to the AT&T Center to take on San Antonio Spurs.

Tom Thibodeau’s side have never won the Western Conference title, but they are priced at 23.00 to achieve that feat this season, while they are available at 34.00 to claim overall championship glory.