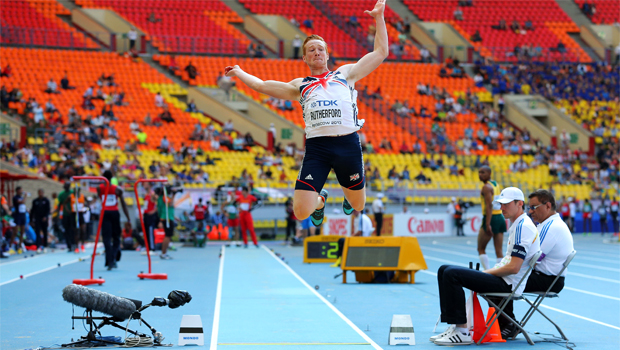 Greg Rutherford defended the decision to select him for World Championship ahead of rival Chris Tomlinson, despite his failure to make the long jump final.

With only the top 12 qualifying in Moscow, Rutherford’s best effort of 7.87m was two centimetres short of the Netherlands athlete Ignisious Gaisah, who took the final place.

Rutherford’s poor performance sparked an angry reaction from Tomlinson, who took to Twitter to vent his frustration at not being selected instead.

Both Rutherford and Tomlinson failed to reach the qualifying standard for the championships, but the Olympic champion was picked, much to the annoyance of his rival.

“Words can’t describe my anger,” Tomlinson tweeted. “Season ruined on media profile and not current athletic form, thanks for the support from the athletics community.”

However, Rutherford has hit back and says it was still the right decision to select him despite his poor performance in Moscow.

“No matter what, if you’re looking at somebody who failed the distance but won more head-to-heads and still has a major title behind them, it’s a no brainer,” he said.

“Surely, you’d pick that person in the same scenario?

“Again, Chris is obviously going to be upset but there’s nothing I can do about that.

“We both put ourselves in a not-great position by not jumping an ‘A’ qualifier so that’s what it comes down to.”