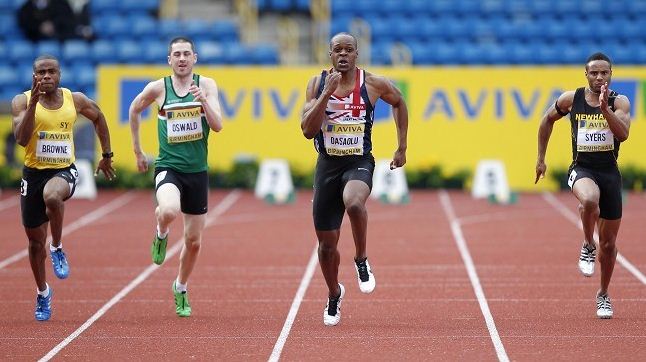 James Dasaolu became the second fastest Briton in history when he clocked an amazing 9.91 seconds in the British Championships semi-finals.

The 25-year-old broke the Championship record when clocking the fourth fastest time of 2013 and only former world and Olympic champion Linford Christie has run quicker.

The time was three-hundreths of a second faster than Olympic Champion Usain Bolt has run this year, with Tyson Gay (9.75), Asafa Powell

The future looks very bright for Dasaolu, who blew away his rivals at Birmingham’s Alexander Stadium.

“I knew I was going to run quick from the first step,” he said. “Once you get to 60-70m, your body is running as quick as it can and it’s all about relaxation. Because I was so far ahead it was much easier to relax.”

The Loughborough-based athlete’s previous best time was 10.03 secs and he now joins the likes of Christie, Dwain Chambers and Jason Gardener, who have all gone under 10 seconds for 100m.

Dasaolu withdrew from the final as he was suffering with cramp after the semi-final. The sprinter was taking no risks with the World Championships in Moscow on the horizon and it was 35-year-old Chambers that went on to claim his seventh British title.